Can Wind Chimes Save Lives? 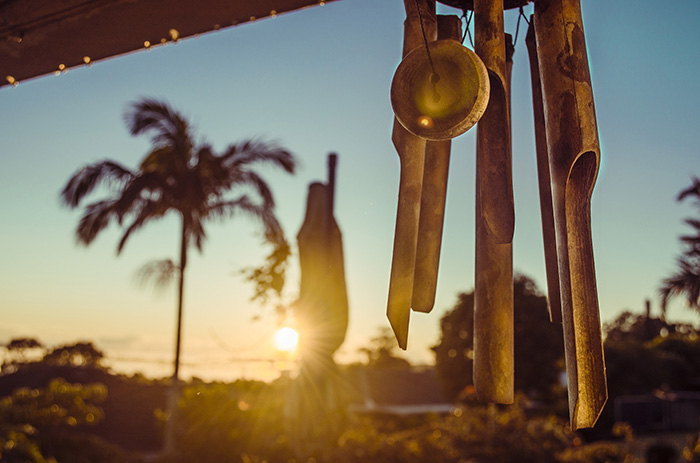 But what the hell are they talking about?

If wind chimes were so great, wouldn’t shop owners who sell wind chimes be secret billionaires who never had a bad day?

The truth is, even most self-professed “Feng Shui Masters” don’t truly understand how wind chimes (or many other “Feng Shui cures”) actually help. That’s why when you ask them about it, they’ll give you vague answers and…

have trouble explaining what the real benefits of having wind chimes are and how to use them.

We asked Feng Shui Expert, Aur, what was really going on with the little wooden and metal songbirds.

Aur, is it good to have wind chimes?

First, let me ask you something…

Do you have government provided electricity at the front of your house? Like low-voltage power lines or transformers? If so, you might need a wind chime.

All wires, transformers, and power plants emit various forms of electro and/or magnetic radiation. Engineers have found great ways to reduce most high-frequency radiation Ultrasonic (with shielding and insulation), which was believed to be the most dangerous. Until recently.

You Can’t Stop All Radiation

…By nature, certain radiation cannot be stopped with insulation.

And now, scientists are only just realizing how damaging these subtle electromagnetic waveforms can be (that’s a link to an interesting scientific article on electromagnetic energy and our health).

Some studies have gone so far as to suggest a link between certain cancers, including childhood leukemia, and prolonged exposure such electromagnetic radiation.

Some studies have gone so far as to suggest a link between certain cancers, including childhood leukemia, and prolonged exposure such electromagnetic radiation.

Fortunately, there is something that can lessen the negative influences of radiation:

Like radiation, sound is also a waveform which affects and travels across the same air particles as radiation.

When the two opposing waveforms meet, they disrupt each other. See how we are slowly circling back to the wind chimes? Anything that makes a sound can counter radiation to some degree.

The wind carries many things, including electromagnetic radiation.

The charged energy in the air affects the tiny air particles which move with the wind flow (Feng Shui).

Starting to see the real reason wind chimes are such a great natural remedy?

When the wind blows to your home (carrying the charged particles with it), the wind chimes start to tinkle, lightly disrupting subtle negative EM effects.

Read this before you go to Amazon looking for wind chimes.

A small wind chime won’t help much if…

There is a large power station at your doorstep.

Be aware when you choose a place to live that there aren’t any large transformers or power stations in front of the building.

Don’t worry too much about how loud or softly your wind chime is or what tone they make.

Any wind chime should fine.

Remember, some of the most powerful sounds are those which we cannot even hear, like Infra & Ultrasonic sounds, which are created by the natural harmonic overtones produced by wind chimes.

Before you comment below asking about placement, let me say this.

There’s no need to place it in the South West, South, East or whichever direction’s corner. Unless…

No sound… no point.

The best place for wind chimes is outside between yourself and the source of the electrical pollution. Otherwise, what’s the point? Real Feng Shui isn’t about pleasantries. It’s about results.