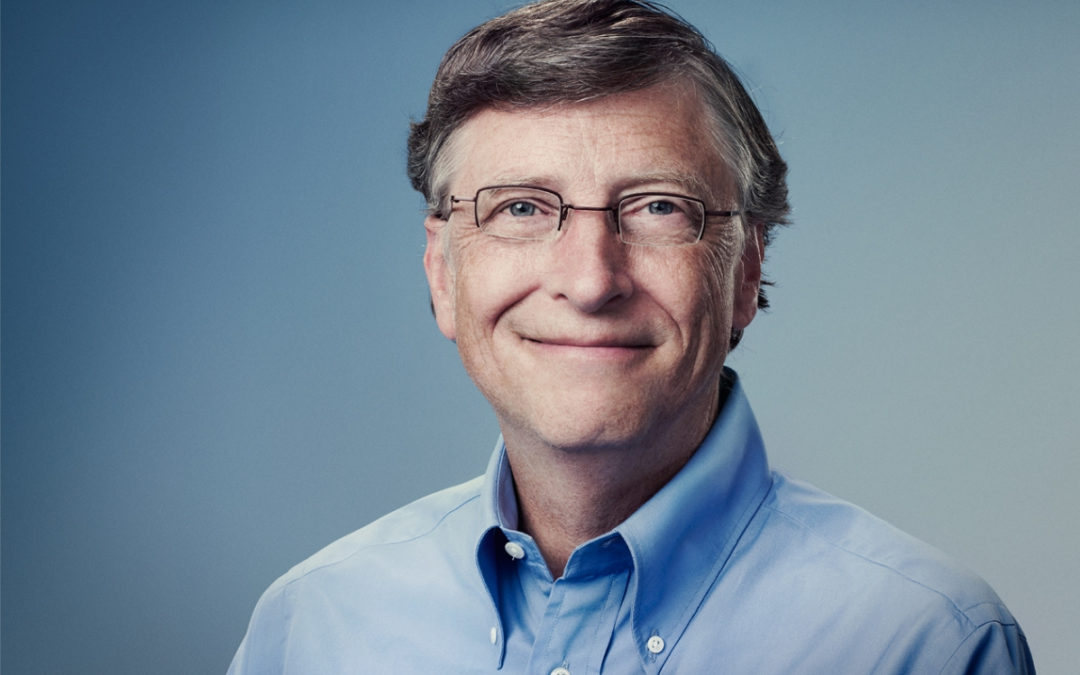 3 Facial Features All Rich People Have

Are there common physical signs of being rich and famous? Most people have seen the pictures of celebrities paired together who look eerily similar. Like how Katie Perry and Zooey Deschanel look like twins, or that Justin Bieber has an uncanny resemblance to Miley Cyrus.

But did you know that there are subtle similarities between Forbes 100 billionaires? There’s a reason for it too. Although not often thought about, our physical form literally represents who we are and the lives we live. There is even a science to understand and “read” this connection, allowing us to predict a person’s life just from their face, that has been around for many thousands of years. And according to this ancient knowledge, there to be three specific physical signs all of the wealthiest people in history have shared.

Empirical Chinese, Indian royalty, Eastern gypsies, and even Ancient Greek philosophers all used physiognomy (face reading) for many thousands of years. Emperors were even recorded as to not have engaged in business relations with people simply because of their “poor physiognomy” showing signs that their business partners were not be able to be rich.

Physiognomy is the science behind the connection between anyone’s physical appearance and their personality & entire lives, from birth to death. It borrows from the concepts of inter connectivity and symbolism and states that everything from a freckle to a furry eyebrow can tell something different about you and a certain moment in your life.

So, which characteristics does physiognomy claim are specific to people who are (or will later become) very rich individuals? Firstly, when looking at the a person’s overall face, the actual shape is very important.

#1. Signs of being rich – A Square Facial Shape 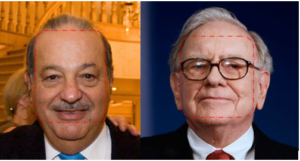 The best shape to have for riches is that of a square face. This means that your face is equally wide from your forehead down to your jawline. This is because the face represents our lives, and the actual shape shows the overall characteristic of our lives, and its ups and downs. In physiognomy a rectangle is associated with the element of wood, is both strong and flexible and grows over time. Whereas a square shape represents earth, which is solid and intrinsically stable. Both of these are very solid and stable elements.

So when someone’s face is rectangular or square, it shows that they will have stability in their lives, have the ability to grow, and that their lives (at least) won’t worsen as they age. Take a look at these pictures of Warren Buffer and Carlos Slim, both multi-billionaires.  Their faces are significantly rectangular or square.

If you still aren’t convinced, take a look at the Forbes 100 list and you’ll quickly notice that the rectangular or square facial shapes will be a significantly reoccurring feature for all of the members on the list.

3 Signs of Being Rich. Larry Page and Amancio Ortega’s full and predominant chins.

Next, you will notice that all billionaires and most millionaires will have strong and dominant chins. The chin symbolizes the later years of a person’s life. A full and “meaty” chin is a sign of wealth in old age.  Take a look at Amancio Ortega (owner of Zara) and Larry Page (Google co-founder. Both of these two gentlemen have prominent chins. By the way, do you notice how rectangular Amancio’s face is?

If someone doesn’t have a chin or their face narrows down into a V-shape, it means that by the end of their life they won’t have money. No matter how much they had when they were younger, it will be gone by the time they’re fifty plus.

Lastly, another common physiognomy trait shared by the World’s richest people is a well-shaped nose.  Our nose represents our both our work, and our wealth during the middle of our lives.There are two different types of wealthy noses. The first is a specialist’s.  This person is wealthy because of their unique ability to do something special that takes a high level of expertise. You will see that the tips of their noses will be disproportionately large in comparison to the rest of their nose.

The other kind of wealth is where both the end of the nose, and the nostril wings are well-developed and fleshy. When a person has this it means that they’ll have others to help them gain success and wealth. Bill Gates is a great example of someone with a specialist’s nose. As you can see in the picture, the end of this nose is quite large whereas his nostril wings are small. In contrast to this, Warren buffet has an all-round big nose. Both the end and the nostril wings are fleshy and full. This shows that Warren buffet had a lot of people help him to acquire his success.

A Good Feature to Have

There are of course other great features to have which (although they aren’t signs of being rich) will show that you have something special. One such feature is to have balanced eyes. Balanced eyes means that a person’s iris and pupil are roughly the same size as the whites of their eyes, when looking at them.  People with this feature will be able to see things for what they are. They will be in the middle rather than being overly self-absorbed or on the other hand an out of touch day dreamer.

It’s rare for someone to have balanced eyes. As a rule of thumb, people who are specialists will have relatively larger irises compared to the whites in their eyes. This means that they’re points of view are largely biased towards their own internal beliefs and ideas. Although this would be of course useful for many people, such as an artist who shouldn’t care what others think or do when creating his own work.

Whereas if the whites of their eyes are larger than their irises it means that, although they think they are able to focus on goals, they cannot. They’re often changing focus and moving around between goals.

—
We hope you liked our article on facial features and their meanings. To stay up to date, please join us on Facebook and please comment to us with your thoughts and questions below.